For breakfast, fruit and a croissant.

Brian and I walked to the bus stop at CERN, tried deciphering the bus schedule. We found the correct bus (after walking to all 3 bus stops at CERN), and rode it to the Tram. The tram ride was ~20 minutes, and took us directly to downtown Geneva.

We walked down to the river and saw the fountain: 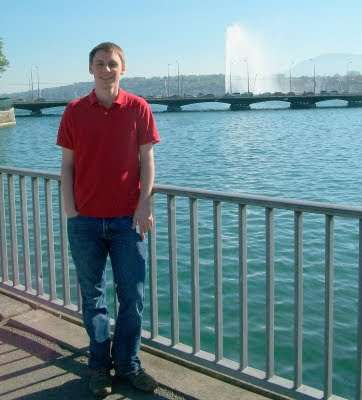 On the other side of the river, we walked along the shops. We saw a very oddly named shop, Globus. For those of you in the grid community will understand the humor: 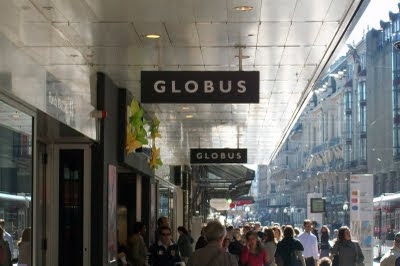 The Globus shop was just a regular K-Mart like store (but much, much more expensive).

The shopping on the south side of the lake was much more expensive than in the pedestrian square. It was also more focused to high fashion, something I'm not too interested in. Stores where dedicated to Gucci, Rolex, ...

We walked up the hill to the old city. There we found a cathedral: 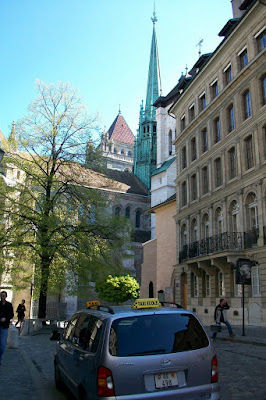 This cathedral was founded in the Roman area (first century AD). There was a museum under the cathedral cataloging the history of the cathedral. 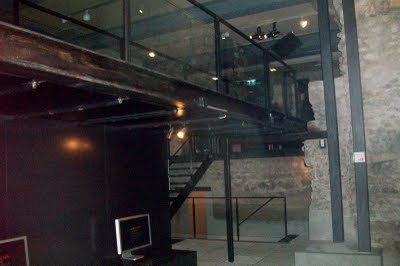 There was several layers in the museum, and it stretched the very large cathedral. It also had the skeleton of a very early leader of the cathedral. You can notice the round hole near the head of the skeleton; It was dug up some time after it was buried to be displayed. 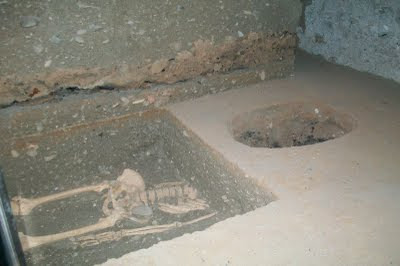 The cathedral museum even had the original floor of the Bishop's residence. The drawing on the floor (even a little of the color) was still there, even though the floor was very warped: 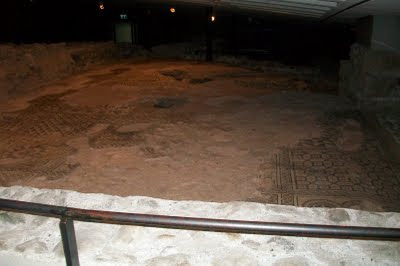 After leaving the Cathedral, we got a few pictures of the magnitude of the structure we where underneath: 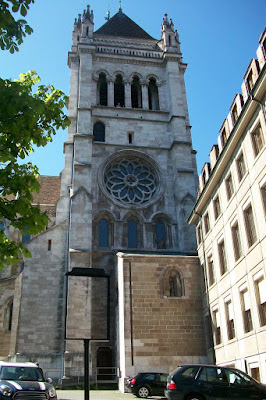 Those are people way up in the tower.

We walked back to the pedestrian square and the Cafe De Paris. There we had lunch with my cousin.

After lunch, I shopped a little more before purchasing a Swiss watch from a local store.

At this time, it was a little after 2, and we decided to head back to CERN for a nap.

We spent the rest of the evening sitting on the patio, eating dinner and enjoying a beautiful view of the Alps on our last day. 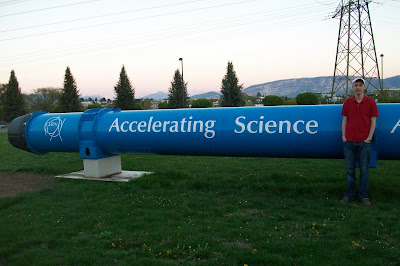 (I should have taken my hat off)