Today was largely Management meetings, so I was free to play tourist at CERN. I went to the Reception area: 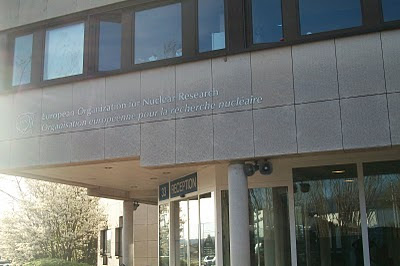 There I bought stuff for the family. I sure hope Tristan's shirt will fit.

I then walked past the Dome. I learned later that it opens at 10, I was an hour early. 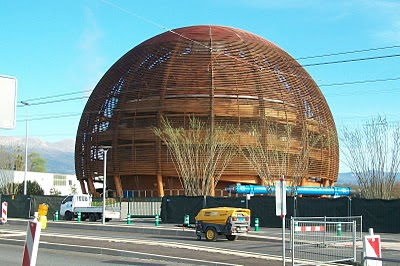 Next, I walked by the ATLAS control room. It is positioned above the ATLAS detector, which is ~100M underground. 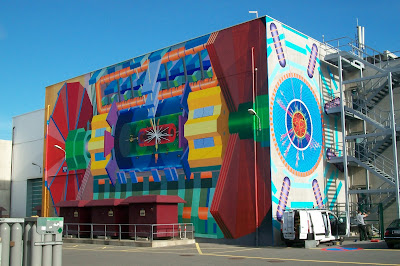 I wish I could visit the CMS Control room, but it's located on the other side of the ring, at 0.5.

For lunch, a few people from FNAL drove downtown to a Kabob restaurant, though no one actually had Kabobs. Instead, we had very large pita sandwiches. I had a beef pita with tomatoes, onions, and lettuce.

In the afternoon, I worked on a few OSG things (mostly debugging campus factory). I met with CernVM-FS people to discuss possibly making it into a generic library that can be used by other applications (non-fuse).

For dinner, Chris, Eric, and I walked to a restaurant towards Geneva. 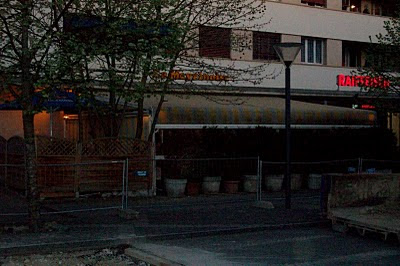 I had Penne with meat sauce. Very good!

On the trip back, I took a few pictures (didn't turn out all that well). This is a picture of the road to CERN from our restaurant. You can see (fuzzy) the CERN Dome. We also saw the new Tram for CERN. 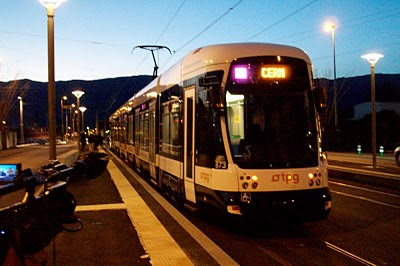